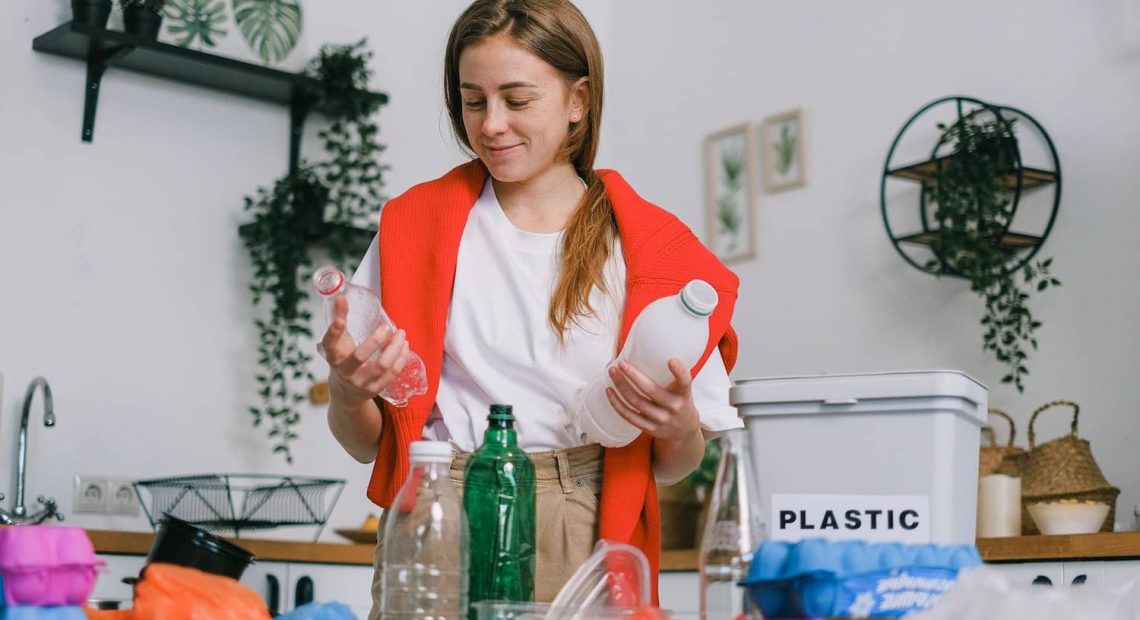 Can you get a fine for putting rubbish in wrong bins? The simple answer is yes, you can! Knowing what goes in which bin is worth getting clear in your mind as contaminating waste bins, even if unintentional, is a fineable offence in some areas.

Not only can you get fined, but just one item of contamination in a recycling bin can cause a whole truck full of recycling to be redirected to a landfill. This is a huge problem, negating the best efforts of many households to recycle responsibly.

At Ridly, we’re serious about recycling and our mission is to avoid landfills at all costs. According to waste removal statistics, half of the waste produced in Australia has the potential to be converted into compost. However, currently, this is not happening.

Understanding how to separate your rubbish is key to achieving long-term, sustainable waste disposal. In this article, we’ll dissect what items can go in each bin, what happens if you put rubbish in the wrong bin, and what you can do to make sure you’re using the right bins.

What Goes in Which Bin?

Green waste includes plant matter like small branches and twigs, leaves, grass clippings, tree prunings, flowers and weeds. All of these green waste examples should go in the green bin. Large branches thicker than 10 cm and tree stumps generally need to be removed and disposed of by a company that specializes in removing wood and timber.

Food scraps, wood chips, rocks, plant pots and gardening equipment do not belong in the green bin. If you have excessive garden waste, most councils will require you to book a special collection.

3. Recycling Goes in the Yellow Bin

Recycling goes in the bins with yellow lids and includes paper and cardboard, aluminum and steel cans, empty aerosols, rigid plastic, glass bottles and jars, cartons, and some soft plastics.

If you’re in doubt about whether an item is recyclable, throw it out in the general waste. It’s best not to risk ruining the rest of your recycling with one item that could contaminate the whole lot.

What Happens if You Put Rubbish in the Wrong Bin?

If you put rubbish in the wrong bin, the contents of the bin cannot be disposed of as originally purposed and will be reallocated to a landfill because it’s too difficult to separate out the contaminating items manually. According to the ABCs War on Waste documentary, as many as 94% of Australians make mistakes when recycling. That’s a lot of waste clogging up the environment and CO2 being released into the atmosphere unnecessarily.

As an example of how to combat the issue of non-compliance, last year, Randwick Council in Sydney decided to inspect the general waste and recycling bins in their council area. The idea was that they could understand how each household was disposing of their rubbish so they could give residents feedback on how they could recycle more effectively.

Unfortunately, the scheme wasn’t well-received, but it serves to highlight how serious the issue is if a council was willing to go to such lengths to help households use their bins properly, diverting waste away from landfill. Changing the behaviour of households is essential to changing the way that garbage is disposed of.

Part of the problem is that each Sydney council is responsible for organising its waste collection system, therefore, there is no standardised system. Some councils allow you to recycle lids on plastic and glass bottles, others don’t. Some councils offer separate, blue-lidded bins for paper recycling, while others only offer mixed recycling. It can all get a bit confusing.

In response to a policy shift in China last year, the Morrison government has brought in harsh fines for businesses with the Recycling and Waste Reduction Bill which aims to reduce waste production in stages.

Now that China is not accepting our rubbish exports, the new laws allow the government to impose levies, product recalls and other penalties if businesses don’t meet the targets to reduce waste and process it properly.

So, for businesses, there will most definitely be fines for putting rubbish in the wrong bin. But what about on an individual or household level, do council people collect waste in wrong bins? That depends on what kind of waste it is.

In NSW, the number one item of waste contamination is, unsurprisingly, plastic bags. The average rate of contamination sits around 10% of all rubbish, but it’s closer to 20% in some council areas.

Fines for individuals are dependant on the regulations decided on by their local council. Earlier this year, one council threatened to fine residents up to $660 if they put the wrong items in their recycling bins on three separate occasions within six months. If they were found to do it four times in six months, their bin collection will be suspended for three months.

These measures might sound extreme, but to combat our rising waste production something extreme must be done and the first step is making sure we dispose of our waste responsibly and in the right bin.

So, What Can You Do?

We can all aim to reduce, reuse, and recycle our rubbish properly by using our bins correctly. Population growth in our cities, increasing consumer demand, and reliance on plastic packaging has seen a surge in household waste in recent years. According to Clean Up Our Waste, each Australian produces 540kg of waste per year. That’s more than 10kg per person, per week!

Statistics released by the Australian Bureau of Statistics last year reveal that Australia generated 76 tonnes of waste in the 2018-2019 financial year, which is a 10% increase over the two years since 2016-2017.

While over half of that 76 tonnes was sent for recycling, there is still 27% being sent to landfill (20.5 million tonnes). For some perspective a giant blue whale weighs approximately 200 tonnes, so that’s over 100 thousand blue whales worth of rubbish going to landfill.

Taking the time to sort your rubbish is so important, especially making sure you’re not putting the wrong items in your recycling as it leads to more rubbish making its way to landfill.

So how you can avoid putting rubbish in the wrong bin? It’s essential to clearly understand what you can and cannot recycle according to the regulations set out by the council in which you are a ratepayer. You don’t want to be fined for putting rubbish in the wrong bin, and you don’t want to be the cause of recyclable materials making their way to landfill either.

But what about larger household items that have come to the end of their lifecycle? Or items that you’re not sure what to do with? It’s an unavoidable part of modern life that at times we’ll have items that need to be thrown out, even if we reuse and recycle whenever possible. What then?

Depending on what the item is, you can find out what drop-off recycling facilities are available where you live. You can contact your local council for information about recycling e-waste and hazardous waste that can’t go into your normal garbage.

If this all sounds a bit complicated, or like something you don’t have time to investigate properly then it’s time to call in the recycling experts. At Ridly we’re committed to disposing of all rubbish we collect in the most efficient, sustainable, and appropriate way possible.

The benefits of booking a professional rubbish removal service are that it’s time-saving, convenient, contributes to the health and safety of your surroundings, it’s the gold standard of environmentally friendly waste disposal and you’re guaranteed not to get a fine for putting rubbish in the wrong bin!